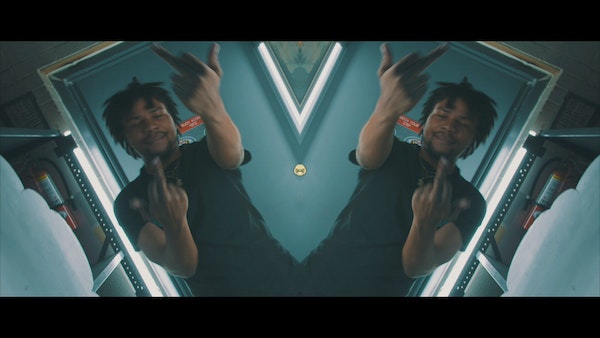 Back on our pages for his second appearance, Maryland artist, songwriter, and performer, Grxzzly continues to gain recognition after releasing a noteworthy music video to his single “Ghee’d Up”. This single is the first off his upcoming album THG.

A mix of EDM and Hip Hop/Rap, Grxzzly proves his versatility on “Ghee’d Up” as well as his energy while performing on stage. Directed by Machina.Media, the music video shares many clips of Grxzzly moving the crowd.

In an email, Grxzzly explains the meaning behind “Ghee’d Up”, reasoning, “The song is about how people used to look down on me and my goals, but now they’re the same ones liking my pictures and trying to rekindle old times. I’m focused on staying true to myself, the grind, and holding my family down. That’s what it means to be ‘Ghee’d Up’”.

Projecting wise words, become a fan of Grxzzly and watch his newest music video below.