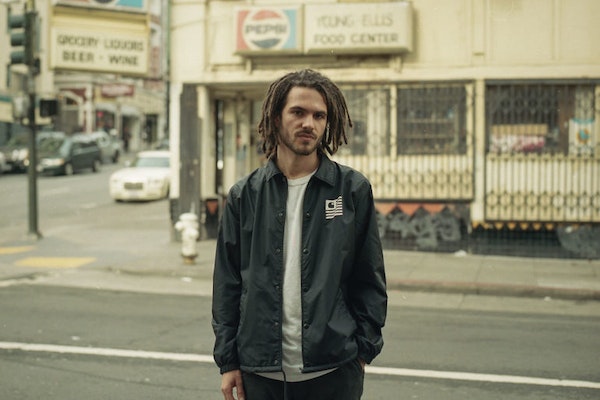 The themes just keep reoccurring, don’t they? The on & upward path towards enlightenment & self-realization seems to be growing at an inexplicable rate, as also seen currently in my own life. The concept of living in the current moment continues to break through as the days progress which sheds a whole new light on how to live a happy & fulfilled life, no matter what fears & uncertainties may creep in. French musician & multi-instrumentalist, Vincent Fenton, formally known as French Kiwi Juice or FKJ for short, seems to be experiencing the same plexus of truths in his newest song titled “Leave My Home”.

The lyrics alone translate a heavy message that gravitates toward departing from everything you know in order to further the search inside of one’s self. “I’ma leave my home/I’ma do it all/I was lucking my whole way/I’d go do something beautiful..” I’ve learned there’s extreme comfort in not necessarily knowing what happens next because at the drop of a dime everything can change. Entering a new phase in his life of becoming a father, now leaving his 6+ year residency in Paris, France to meet his calling, FKJ proves that everything placed in front of him serves as a tool to get him to the next level, also tracing back to his dedication and undying love for his craft. Just last month, FKJ performed a live set on the world’s largest salt flat Salar de Uyuni which reminds us again that we are indeed bigger than our circumstances, as long as we pay attention.

Selling out London’s Roundhouse, a huge highlight in all of his international tour dates, FKJ will now begin his North American tour on April 4th, starting in Vancouver, Canada and finishing in Denver, Colorado as listed below. 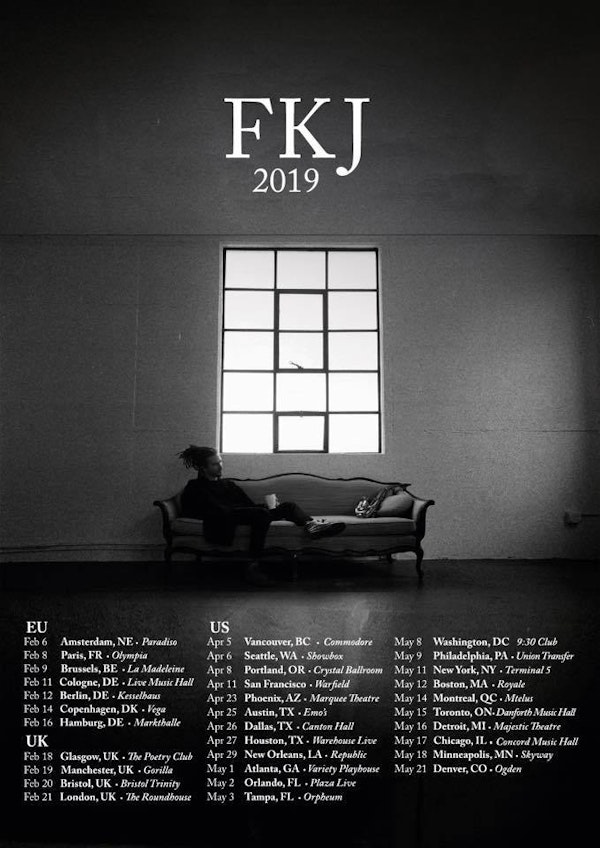 Press play on “Leave My Home”: