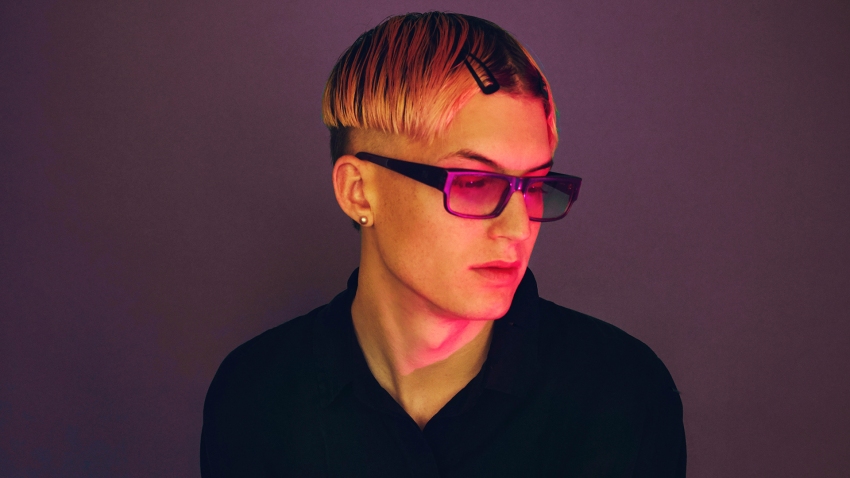 The concept of time is truly unbelievable. In February, which was just a few months ago, New York-based artist Gus Dapperton debuted the official music video for “My Favorite Fish”, which sparked large conversation throughout the industry. His latest album, Where Polly People Go To Read withheld high regard for the constant uniqueness of his voice and artistic ability, also acting as a hard introduction to those who have never been acquainted with his music or even him as a person in the past. April 19th is the official release date, Gus received far and wide praises, further confirming just what a reveling being he is. Just last week, A COLORS SHOW returned to gift us with yet another surprise, as for those who know–Gus has been a long-awaited featured artist to take the stage.

Performing “My Favorite Fish” from his newest album in front of a purple & blue hued background, Gus sits comfortably on a stool and plays us an acoustic guitar version of the track. The reverb placed on the sound of the guitar paired with his dreamy vocals indeed creates a spotlight moment in the history of A COLORS SHOW, a performance that should be widely appreciated for its distinctive rawness.