It’s beyond safe to say that Kiefer has established his own lane for himself. From learning and mastering piano at a young age alongside his father to now teaching students of his own, he continues to expand in ways that are dedicated to serving the people and the true energy behind music & what it’s intended to do. Strategically combining jazz & hip-hop elements awakened a specific fusion that truly makes him stand out as a musician & as an individual amongst others. With the release of his last EP, Bridges, Kiefer’s producing abilities have certainly taken on a new edge, offering subtle complexities in chord arrangement. You can check out the interview we did just days before the release of his last EP here. Just last Friday, I was able to catch up with Kiefer, this time in person, to ask him some questions about his upcoming project, SUPERBLOOM, which will be available across all streaming platforms tomorrow, September 20 via Stones Throw Records.

What is the overall theme surrounding your album SUPERBLOOM and why did you choose that title specifically?

SUPERBLOOM is about growth, personally and musically. I wanted to make music that was more joyful this time around. My last project, Bridges, was like this too but with SUPERBLOOM, I wanted to really capitalize on this concept. In all honesty, Bridges and SUPERBLOOM are like one project to me. This upcoming album is pretty much a continuation. I feel as though now my work is more vibrant and interesting. Bridges acts as a “bridge” between my previous work & where I’m at now, so SUPERBLOOM to me is the crystallization how I approach this style going forward.

Were there any particular events that took place over the year that inspired the sound of SUPERBLOOM?

Absolutely, however I don’t think it was one particular event. The theme of this year has been geared toward realizing my purpose and not in a sense of “oh, I’m a musician”. It’s way more specific and complex than that. For me, it’s in terms of teaching people, encouraging as many people as I can, and spending every day trying to have as much positive influence as I can while being very deliberate with that. I feel like I have a rare opportunity in my 20s to already have this figured out. This is a big year for me when it comes to my improvements.

Would you say you’ve incorporated new creative elements or gear on this album or is it relatively the same as past projects?

It’s mostly similar to Bridges sonically like I’m using a lot of the same gear and palettes. I think the tone and the color is different though. We’ve got a couple of tunes on there that are faster tempos. There’s a couple of tunes on there that are tougher, which is rare for me. I like working on tough shit but I hardly ever release any of it. For example, there’s this track on SUPERBLOOM titled “Frozen” and that one describes the “toughness” that I’m talking about. The second half of the first joint titled “Golden” has a little bit of a harder sound. I really just tried a lot of new emotional things, you know? Things with more energy than before. The way I feel, the whole album is really invigorating from song to song. It goes from really bright & vibrant, then you get to the last song and everything is beautiful, mellow & pretty. 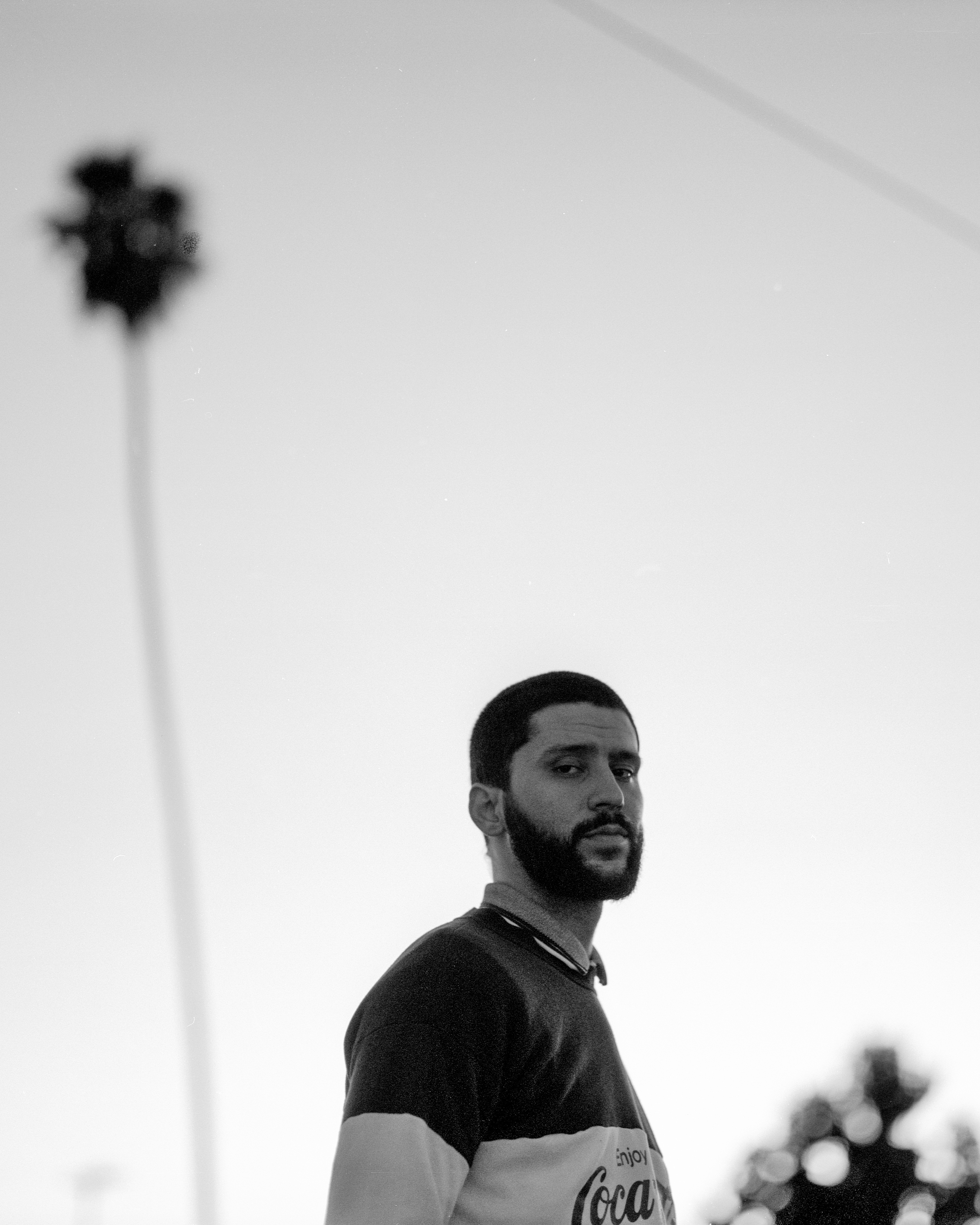 When constructing the tracklist, is there a certain vibe you like to go for or is it more of a free-flowing structure? How did you come up with the titles?

I think about energy levels a lot and what I want the experience to be for the listener. It’s very similar to setting up a live set, like a set list for a live show. On my first album, track one knocked really hard and then the second song is really pretty which I thought was cool. On Bridges, it’s kind of the same as far as the contrast goes. The first song, “Journey” is really cinematic, no drums, just piano and orchestral sounds. A lot of analog synths and soundscape. The second song, “Island”, has this crazy intro and then it leads into this spacey, big sound. I appreciate the arches of energy in music such as this concept: if the first song is a banger, then the track flowing should affect you in a different way, whether that be in an emotional way or have a much more chill tone to it. That third track afterward should be something that is sonically radiant so I really just try to mix them up. SUPERBLOOM has a lot of drastically different sounding things going on. I think all 6 tracks are very different. Sometimes, I have a hero piece which to me is a song that stands out as far as the order goes.

How would you say you’ve grown from Happysad to Bridges leading up to the release of SUPERBLOOM?

I’m definitely putting more effort into the pieces themselves from fleshing out the arrangements. My sounds individually are getting better and cleaner. My approach has been the same over the course though. What that means for me is this: make music that I love. I think I’ve always had my head on straight with that. I get better at doing it but the intention and the principles aren’t always the same. When it comes to me as an individual, I think I try harder now. I have much more stamina and capacity to work on stuff. Now, I’ll spend 2 more hours working on a track when before I’d put in minimal effort and call it “done”. I put more thought into my work also now, too. I actually sit back and think to myself, “Hmm, what does this need?” whereas before I’d work more freely through it, lacking structure. I’ve become a little more discerning as well.

Do you have plans to tour for SUPERBLOOM?

Yes. We’re doing an Asia tour first which is interesting. We have Asagiri Festival, Seoul, Osaka, & Tokyo. This takes place in October. We’re also doing a U.S. tour but we’ll be hitting the cities that we didn’t hit on the previous tour. I’m doing Atlanta, Austin, Dallas, Houston, and then we’re doing a west coast run after that. Vancouver all the way down to San Diego–Seattle, Portland, Sacramento, San Francisco, Santa Barbara, & Los Angeles of course.

Is there anything that you would like your listeners to take away from this album?

Yes, most definitely. As always, my message is to be encouraged. Be encouraged by the music. I want people to feel like it’s a beautiful life. I feel like music is supposed to make you feel that way. I think a lot of times, people get hung up on music being an art form & how they want to express “themselves” with it all the time. The realest form of music to me is not artistic. If you think about music in its initial creation, it wasn’t made to represent anything, it was the thing. That thing is what you enjoy most in life. Whether it was folk music, people playing in a drum circle, dancing, Irish folk music, or Indian folk music, I feel like millennials are so hyper focused on “it’s art, it has to represent me a certain way”. That’s weird to me. I think music should just be beautiful & it should be something that you enjoy first. It shouldn’t be this heady thing to make me seem dope. That does nothing for me. I don’t like that. I kind of resent that about our culture to be honest. I think this concept is one step removed from what music is actually supposed to do for the listener. It’s kind of an outside answer to an inside question & it’s quite indirect. I want people to listen to my music and simply feel good. I want them to feel like life is beautiful and there’s beautiful opportunities out there. I’m just here to share my testimony/experience with that. I think that my life is great. I’m grateful for a lot of things & this album is a projection of all of that. 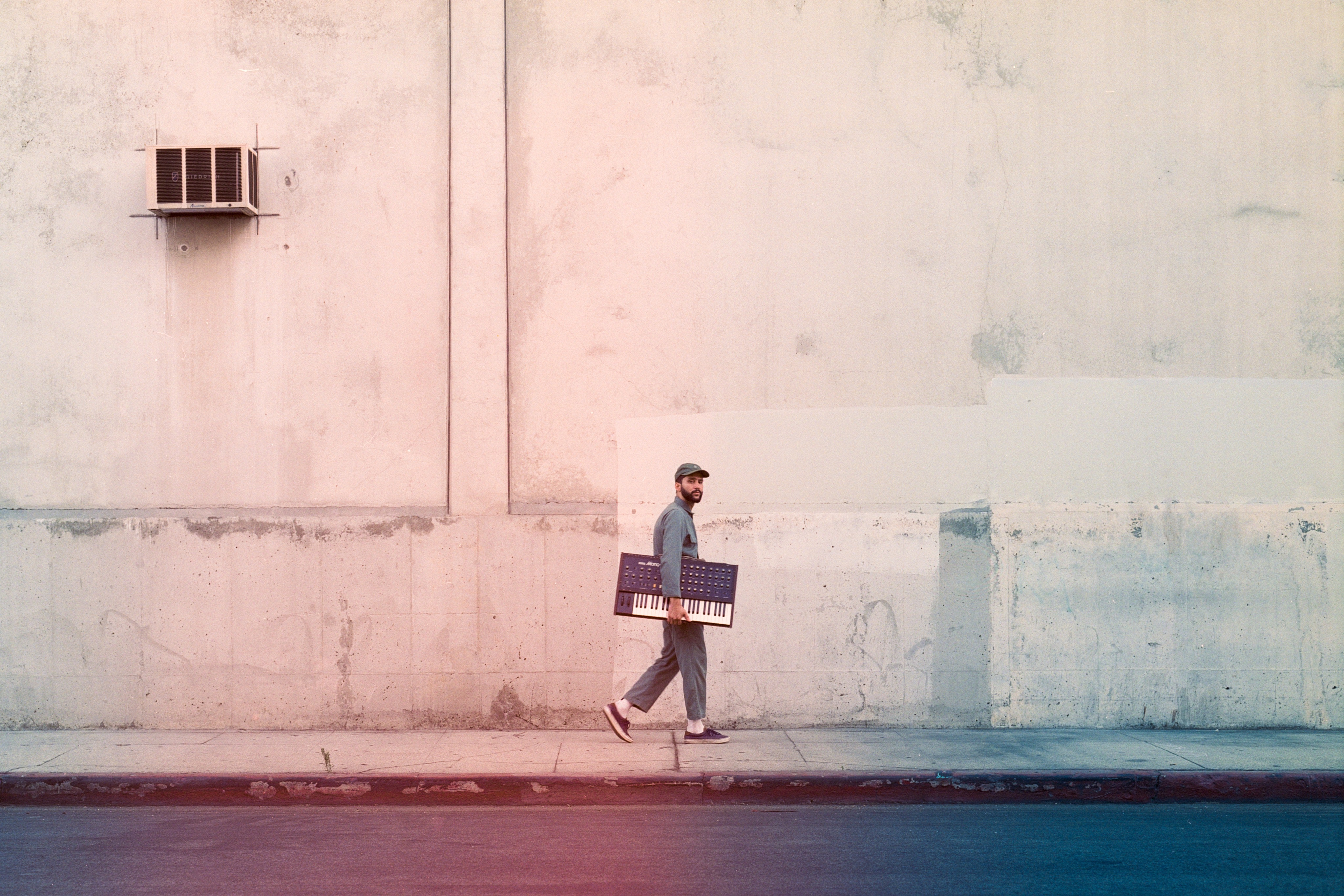 Kiefer is set to tour parts of Asia at the beginning of October & will then be taking on U.S. dates as well. Starting October 24, Kiefer will be also be touring alongside Moonchild. Listed below are the tour dates and locations. It’s an experience you truly don’t want to miss so if you are in the area, be sure to check him out.

Just a day ahead of the release of  SUPERBLOOM, stream Bridges below: