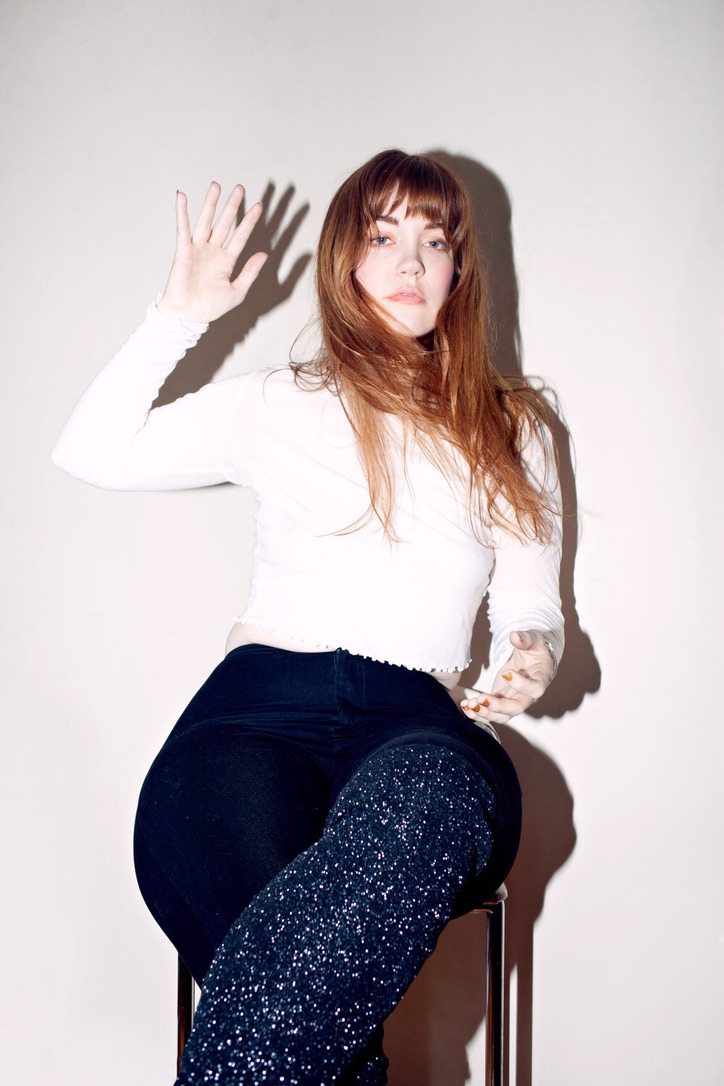 “You have to say “no” to a lot of shiny things sometimes but, I believe that it’s worth it to be completely in control of my message,” Wise says confidently when I asked about her position in the industry. It’s been known far and wide since the beginning of her career that the bold, rebellious aspects of her artistry & personality would bring her far beyond she could ever imagine. For me along with many others out there, this was a heavy relating point – especially for a person who has never been one to conform or be told how to do something that they are extremely passionate about. This energy would definitely go to completely setting her apart from those around her, her name catching like wildfire throughout the ears of music heads all around the world. Her self-starting attitude was reflective, drawing me closer to the curiosity behind who she is and continues to grow into as an artist and as an individual, considering these observations.

From receiving co-writing & background vocal credits for Kendrick Lamar‘s studio debut album Good Kid, M.A.A.D. City and his critically acclaimed To Pimp A Butterfly, Wise would then go from being a long time collaborator & Grammy-award winner to rapidly creating her own solo stance in the music industry as a woman of total ownership and empowerment over her craft and sensibility. Her first two solo EPs received extensive reputable response, also noted by the following publications:

‘The Feminine: Act II,’ [is] a curiously inventive work that mixes future-funk, dusty R&B and experimental pop. Like singer-innovators such as Erykah Badu, Dawn Richard and Björk, Wise’s best work transcends genre. The only constant? Her willingness to explore the outer edges of contemporary pop music.” – LA Times

Her first two solo EPs also touched on topics of feminism & how a woman in any industry or career path is viewed/treated by men. Quoted from her 2016 Nylon interview when asked about this paradox, “We’re taught that we should harness and use this sexual “power, and as soon as we do, people are appalled and we are chastised.” Many of us women have experienced this firsthand, or in even some cases, have been told that this is what we should do in order to appeal to the masses at a faster rate. Applauding Wise’s willingness to shed light on such an infectious misconception of reality, it was foretold that her next project was going to truly be something special–embarking on new creative territories. Her forthcoming LP As If It Were Forever stems from a place of Wise digging much deeper into her songwriting abilities while also highlighting how change is the only perennial factor in life. To add to already-occurring greatness that Wise possesses, the album will feature contributions from Little Simz, Jon Bap, Nick Hakim, Gwen Bunn, Mndsgn, Denzel Curry, Pink Siifu, & many more. With her music making its way to Netflix’s Dear White People and HBO’s Insecure, Wise’s message is guaranteed to expand even farther and wider with her forthcoming debut LP. Editor, Marcus Moore, at Pitchfork also confirmed that a very positive review will run for her upcoming LP, with Consequence of Sound naming Wise “Artist of the Month” for October 2019. 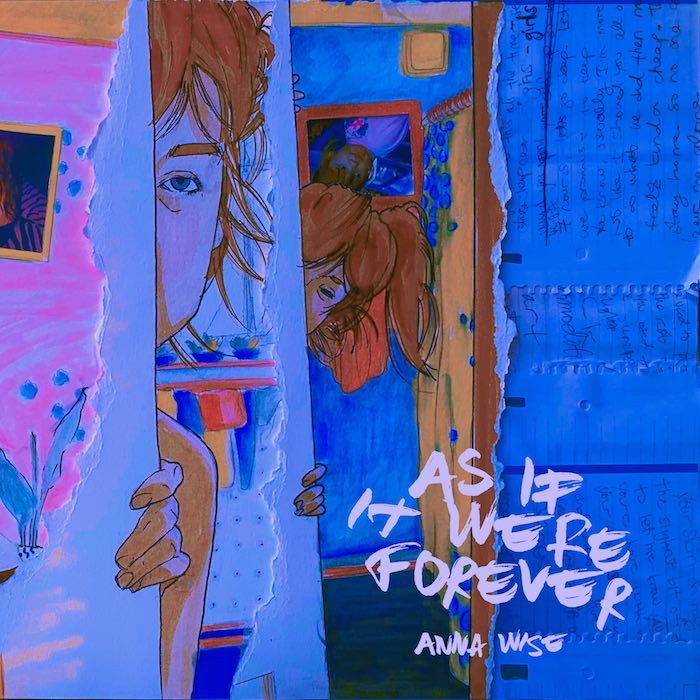 After listening to the LP in its entirety the night before with my head practically spun, Wise & I were able to chat on the phone the next morning for a short, yet detailed and comprehensive interview–diving headfirst into her development as a musician, her creative process, motherhood, & where she is headed idealistically with As If It Were Forever.

I read an interview you did for LadyGunn back in 2017 and was intrigued when you spoke of the prophetic worlds you would visit which then inspired you to write your own music. Do you remember what that looked/felt like? Did you have any inclination back then that this is where you would be today?

I always just followed a feeling, really. I had no idea what my future looked like particularly. It’s funny cause I was just talking to my boyfriend last night about how all during my schooling and even now being in the industry, I always strayed away from the idea of being told what to do. I never liked being told how to be an artist or how to make music, especially. It’s why I choose to remain independent. I need to be able to make every single decision myself. You have to say “no” to a lot of shiny things sometimes but, I believe that it’s worth it to be completely in control of my message. If I make a mistake, it’s always going to be MY mistake, no one else’s. I also believe that nothing is really ever a “mistake” either, it’s all a part of the process; a learning experience if you will. When I was having these foreshadowing moments into who I would later become artistically, the only thing I was certain of in those moments was that I wanted to express myself through singing and writing. I’ve been so insanely lucky & privileged to have opportunities fall into my lap during the length of my career. I don’t take any of these opportunities for granted, at all. I feel like it is an absolute honor to be able to create the music the way that I do for a living.

What was the most exciting part of creating this new record for you personally? Have you incorporated any new songwriting or creative elements overall?

Being in the studio is the best high. Every moment of being in the studio is exciting for me. To sit down in such a space receiving this steady stream of ideas while having my microphone at the ready is such an intense & empowering feeling. It’s a very spiritual experience that I will always enjoy doing. As far as new songwriting or creative elements, absolutely. One of my main goals on this album was to really grow more as a lyricist. Since my last project, I definitely feel like I accomplished that.

The title of your forthcoming project “As If It Were Forever” – what made you chose this title specifically?

I could not think of a title. For a long time, I was going to title the album “Change” but then, I found that I didn’t want to call it that anymore. So, I asked a very close & trusted friend of mine, Emma, who is a poet and a screenwriter herself. She actually contributed lyrics to the second verse of “What’s Up With You”. She just finished her first short film, too. She is amazing. She also directed many of my videos from my last project The Feminine: Act I, for example: “Go”, “Girl, Mother, Crone”, & “Precious Possession”. The story of how the new title came about happened so naturally. Me, my mother, my main producer & engineer, Dane Orr, Emma, & my boyfriend Jon were all in the studio together listening to the final round of mixes right before we were about to call in to have it mastered. We were all kind of just throwing out ideas for titles & Emma said, “As If It Were Forever“. It felt right immediately so I went with it. Emma is so insanely intelligent especially when it comes to words. I could sit and listen to her talk for hours, read her poetry, watch her movies, etc. I’m so very lucky.

How does it feel coming into this new chapter of your life both personally and musically?

I feel so amazing. It’s actually such a surreal feeling. My child is almost 5 months old so, in total my pregnancy averaged at about a year and 2 months. My experience with pregnancy and child birth affected me in ways that took place so quickly that I haven’t yet totally processed it all. I haven’t yet taken stock of all the ways that I have evolved. I think with this round of interviews that I’ve been doing, I’ve been way more patient with myself and being okay with not having the answer. I think that is very important, personally.

I absolutely love that the world is getting to see a more raw side of you in your evolution as a songwriter and musician. Would you say your creative and musical approach has shifted or has it been consistent since the beginning of your career?

I think it’s been consistent in the way that I receive ideas. It happens for me very quickly and in a way that feels very spiritual and divine. My ideas don’t ever feel like they are mine; almost like this energy isn’t flowing from me but through me. I’ve always been one to improvise melodies & kind of go with whatever lyrics are there. One way in which I’ve grown lyrically too is that I wanted to sit down and really write and not just receive & scribble out. There is a mixture of both elements but, I challenged myself to make things make sense vs. just writing the things that I kind of just pull out of the air. Writing complete sentences and phrases was more of my focus this time around.

Will you be going on tour for “As If It Were Forever”?

I don’t have anything planned right now. I would love to and that is something I am looking forward to in the future. In this moment though, I’m really just focused on chilling with my baby for a couple more months before that. Even just a few shows would be great.

Press play on Anna Wise’s brand new LP As If It Were Forever below: