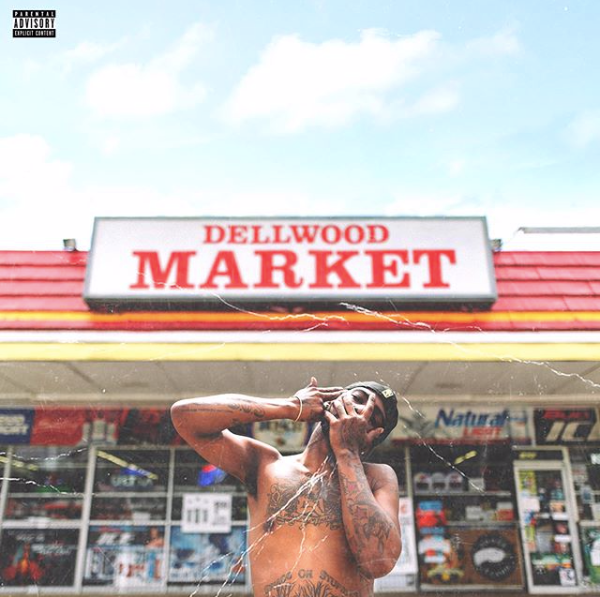 To me, one of the greatest qualities a rapper can possess is the ability to create an accurate and gritty picture of the place they’re from purely from the sound of their delivery and instrumentals alone. Many artists have had this talent and gone far because of it and after his newest project Dellwood Market, St. Louis rapper Rahli ought to be added to this impressive list. His delivery style is rabid and impassioned and he almost slobbers through his most potent and emotional passages, but these gritty and reckless vocals accurately match the atmosphere he comes from. St. Louis has seen a dramatic decline in industry and a sharp upturn in poverty and violence in the past decade and Rahli stands as an accurate synecdoche for this turbulent area.

My favorite track from the mixtape was the third-person account Rahli gives on “In & Out” where we learned a great deal about Rahli’s upbringing and his long-standing relationship with Dellwood. Dellwood Market has some star-studded production, featuring work from many of hip-hop’s biggest names currently and Rahli shows enough versatility to feel at home on any of these styles. The melodic “Any Moment” was not something that I anticipated being in Rahli’s wheelhouse after hearing his singles that released prior to the project. Z-Money is the only artist featured on the eleven tracks and he and Rahli came together for what is, in my opinion, clearly Dellwood Market’s best banger. Rahli’s future is blindingly bright and he has all of the necessary vocal gifts to ascend to the pinnacle of the St. Louis scene.