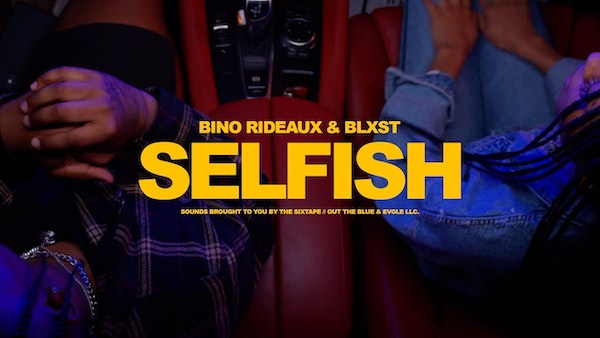 Bino Rideaux has proven to be a staple West Coast artist over the years, from working with Nipsey Hussle to dropping off a number of bangers. Among his list of frequent collaborators is Blxst, who is undoubtly rising to the top. Their new video “Selfish” arrives off of their collaborator effort Sixtape, which is cleverly titled considering it only contains six songs. The Blu-directed video finds the artists at a house party speaking facts to their respective partners.

“You know I’m selfish, tell me it’s nobody else’s /  I know it ain’t healthy, but sometimes I can’t help it,” Blxst sings. Peep the fire video below.