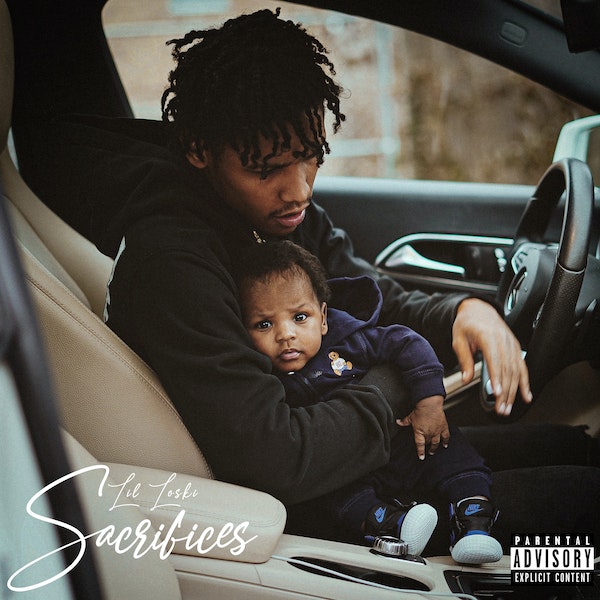 Buzzing rapper from Ohio, Lil Loski releases his debut album Sacrifices. The ten-track project is consistent with big-sounding production backed with smooth melodies. There is one feature from fellow Ohio artist/producer Seezyn. Sacrifices is filled with guitar riffs and clean 808’s, with Lil Loski pouring his emotions through his swift storytelling. Speaking on doing this rap grind for his son and not compromising for nothing but greatness. From the sound of this album, there was lots of time, effort & sacrifices.

Whether you need some extra motivation during these tough times, or simply an album that carries substance you can vibe to, Lil Loski provides all that with the new album. Weaving a keen sense of melody into emotive, purposeful storytelling, all of which soundtracks the past year of his life through the scope of sacrifice. With past releases including “Fiji” and “No Worries” climbing to over 2 million streams each, Loski is on the verge of a breakout year; Sacrifices has the potential that pushes him over the edge.

“I’ve seen a lot, been through a lot, and sacrificed a lot, but I’m still here. The album speaks for that — even with all the obstacles in the way, you can turn nothing into something. That’s what I’m trying to do, and that’s what Sacrifices speaks for.” – Lil Loski